Akhuni and Rice Beer from Nagaland

Akhuni and Rice Beer from Nagaland

Nagaland, one of the seven north eastern states in India is the next big thing for foodies for it has a very rich and old culinary heritage. Old secrets and recipes oblivious to our taste buds are available in this place and hence one must never miss the amazing food treat here. 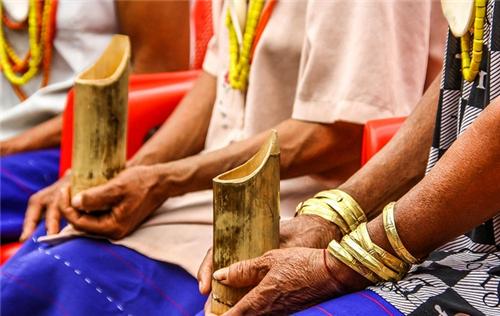 Well, to be very frank the first thing that comes to mind on thinking of Naga cuisine is Bhoot Jolokia which is considered as the world’s hottest chilli pepper at 10,00,000 scovelle units. However, the cuisine limitations do not remain just to that but exploring the state gives us the exposure to various other tribal cuisines as well. Every Naga dish tasted sends a rare sense of unexplained umami experience which is very intense and fills the mouth with an experience of intensity. And the credit for this flavor goes to fermentation, which is rather an ethnic process of flavoring food and leaves the food with longevity as well as nutritional benefit.

Fermentation is a process which is witnessed in a lot of Indian cuisine. However, this process is much more common in the north eastern part of India. The process involves the conversion of carbohydrates to alcohols and carbon dioxide or organic acids with the help of yeast or bacteria in the absence of oxygen. So common is the process of fermentation in Nagaland that, there are around 150 different types of products which include crabs, fish, yam leaves, herbs, pork and other meats. Out of all the Naga fermented products rice beer and akhuni are the most popular ones. 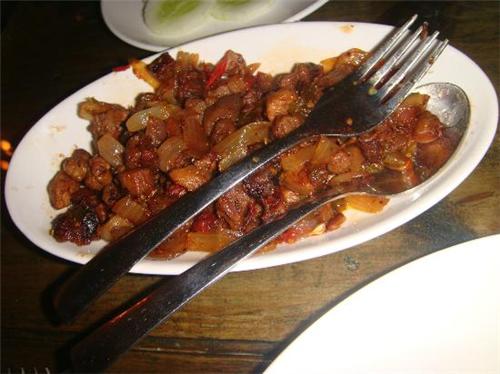 prepared by all tribes, it is mainly prepared by the Sema tribe and from soya beans. Soya beans grow upto an elevation of 1500 metres and it is a protein rich legume. The fermentation process takes around 3-4 days in summer and around a week in the winter. The best soyabeans are picked and cleaned and then boiled in water till they are soft. Soon after that, the excess water is drained and then they are placed in a pot and then let out to dry under the sun or next to fire. The akhuni is considered to be ready when they ‘smell right’. They are then smashed, though not completely and then wrapped in banana leaf and stored beside the fire to be sold. Once ready, this akhuni is then used to prepared various delicacies of Naga cuisine as well as others.

Rice beer is a traditional drink for not only the Nagas but a major part of north-east India. The raw material for rice beer is expensive and high quality sticky rice which is dried and then placed in a container. This rice is then placed in a cauldron and brought to boil by placing it over the traditional Naga hearth. Once done, it is taken off the fire and then yeast is mixed with it and left to be fermented. In almost two day’s time, the beer is ready to be consumed. 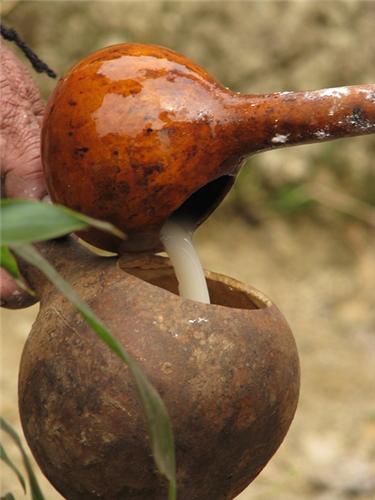 The resulting liquid formed is a nourishing and nutritious drink which is an inevitable part of the Naga cuisine. It is a fantastically produce Naga cuisine which deserves to be tasted on a visit to this land of tribes.