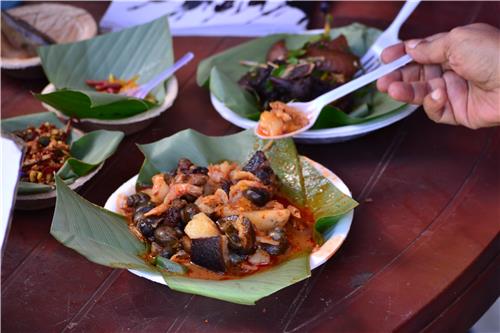 Officially inaugurated on the 1st of December, 1963 as the 16th State of the Indian Union, the state of Nagaland is a land of myths and legends that have passed down generations. This picturesque hilly state is inhabited by 16 principal tribes and sub-tribes who can be distinguished by the vibrant costumes and jewelry that they wear. Often referred to as the Switzerland of the East, Nagaland is blessed with a wonderful climate throughout the year, beckoning umpteen tourists to seek solace in this tranquil hideout away from the madding crowds.

It goes without saying that a place that is so beautiful and colorful is ought to have a hugely interesting variety in terms of its food and local cuisines. The staple food of the Naga tribes is rice. The tribal people are extremely fond of chillies. Nagaland is known for a having a large variety of chillies. The ginger that is used in cooking Naga cuisines is very spicy and has a completely different aroma than the common ginger. For cooking meat, garlic and ginger leaves are also used.  The kind of seasoning used in the culinary preparations varies from one tribe to another. You would also find a wide array of leaves of exotic plants and herbs in the Naga dishes. The quintessential Naga delicacies cooked by authentic Naga cooks are served in buffet.

The Nagas try the meats of almost a huge variety of animals and birds, some being pork, chicken, beef, fish, cats, dog, birds, crabs, spiders and many more. Elephant meat is considered to be a great delicacy among the Naga tribes. Sometimes the tribal people smoke dry the elephant and preserve it for a long time to be consumed later.  Interestingly enough, the Nagas maintain strict restraint from consuming certain animal meats on the grounds of certain taboos. The Naga women are not permitted to consume monkeys. Pregnant women are never allowed to eat the meat of bear since bear is considered to be a stupid animal. The Nagas also do not consume the meat of leopard and tiger. Apart from a huge variety of food, the Nagas are fond of drinks. The most common local drink of the Naga tribes is the rice beer, which is again of three categories, namely Zutho, Ruhi, and Dzutse. ‘Koat pitha’ is a typical Naga sweet dish made with rice flour, bananas and jaggery.

Different Naga tribes have their own cooking style and varieties; but again they interchange their recipes as well. Rice, accompanied with meat and vegetables is the regular diet of the Nagas. Along with meat curries, pulses or ‘daal’ is consumed. A typical Naga platter would consist of a meat item, a dish or two containing boiled vegetables, rice, as already mentioned before as the staple and a chutney which they call Tathu. Fish rice, bamboo shoot fry and roasted duck are some of the common food items. A very common dish of the Nagas is the fermented bamboo shoot with pork and fish.

Some of the unique local cuisines of Nagaland are discussed below. You could try these out and feel the real taste of Nagaland! 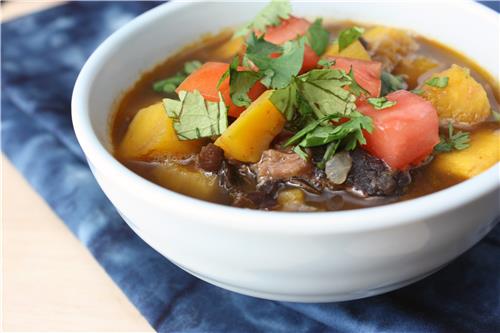 A conventional Naga kitchen is located not inside but outside the dwelling. The most essential culinary component, that is, fire is kept outside. The Nagas have the practice of slowly drying pieces of meats and smoking those high above the flame. The meats need to go through this process for a couple of weeks before they are ready to be consumed. Smoked pork stew is prepared by using the long-dried pork meat. The most interesting part of this food item is that the meats are crispy externally but intensely smoked inside. It tastes as good as a plain smoked meat. This pork stew is a great accompaniment with rice. 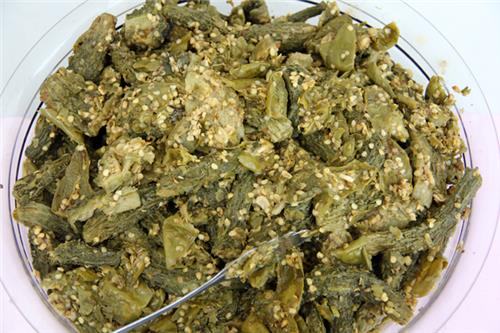 Bitter melon is one of the favorites of the Nagas. They like to boil the bitter melons and incorporate interesting seasonings before serving it. 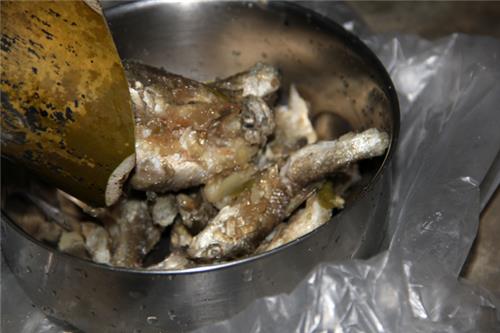 Another interesting cuisine is the bamboo steamed fish where the fish is stuffed into a bamboo’s hollow tube along with some spices. Then this bamboo tube is placed in the ash and thereby cooked. Once the cooking is done, the Nagas empty the bamboo tubes and take out the cooked stuff from inside. The flavor of bamboo makes the dish unique. Here too, chilies are used for making the dish tastier. 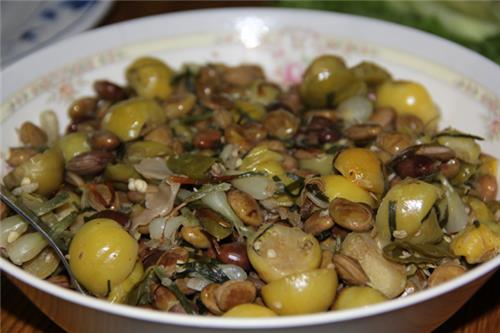 The very name of this food implies a healthy overtone. This is an interesting and healthy combination of a variety of vegetables such as peas, beans, tomatoes, cabbage and many more vegetables which are boiled and served with unique Naga natural ingredients and seasonings. This mixture has a wonderful aroma and is a great garnish for rice. The Nagas tend to have this with chili sauces and other kinds of strong curries to make it taste hot and spicy. 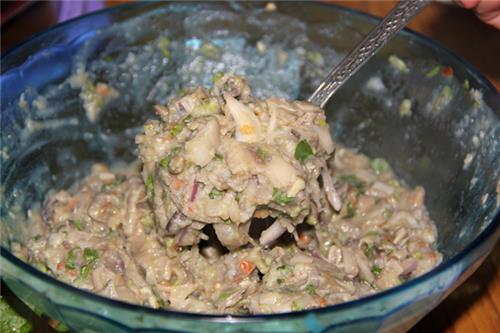 The hottest chili in the world, the Naga ghost chilli is the chief ingredient of this preparation. The dish is so hot that it might inflict a sharp pain inside the mouth of some who taste it for the first time. However, the flavor of the dish is superb. Along with chillies, lots of garlic, onions and herbs are used. 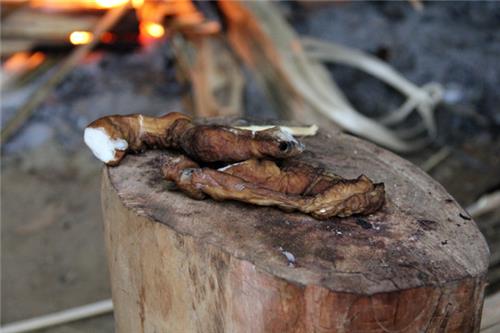 As already mentioned earlier, the Nagas like to have almost all kinds of animals and they hardly waste any body part of the animals that they eat. Pork is a key ingredient of their diet and they do not waste even the intestines of a pig. In fact, the internal organs of a pig are considered to be among the precious possessions because of the taste and flavor. The dish that they prepare with the intestines is mainly a roast which tastes sumptuous. 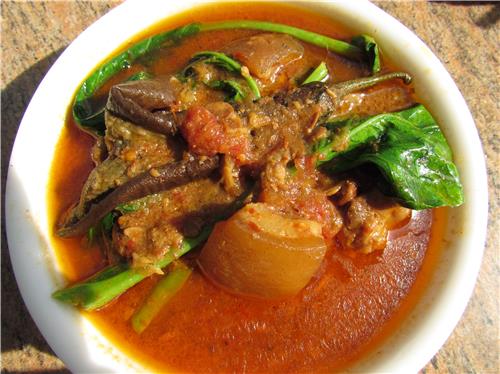 Akhuni, which is also termed as Dzacie aakhone or axone is the most commonly used fermented edible item of Nagaland. Akhuni is prepared throughout the year from soya beans. Although all the tribes of Nagaland prepare Akhuni, but the Sema tribe of southern Nagaland mostly prepares it. After being picked and cleaned, soya beans are boiled. After draining the excess water, the soyabeans are made to ferment for three to four days in summer and a week in winter. Akhuni is used in a large variety of Naga dishes. 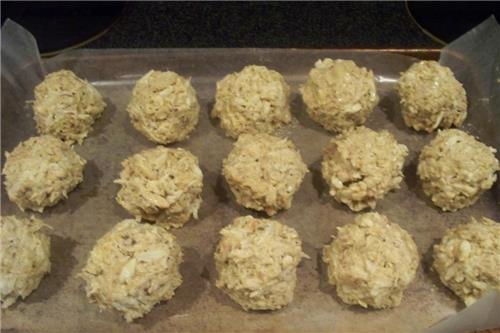 Crab cakes are among the conventional Naga dishes which are made of crab meat and many other ingredients which include mayonnaise, eggs, milk, yellow onions and the unique seasonings used by the different tribes. Sometimes some other ingredients like the green or red peppers and pink radishes are added after which the cake is further baked or grilled before being served.

After discussing the traditional food and the local cuisines of Nagaland, it needs to be mentioned that with the Nagas, you hardly have any choice of pure vegetarian dishes. If you are a non-vegetarian, Naga cuisines could be some of the best treats for you!